In this project to serve 100% of the Hambantota district of Sri Lanka, RMA was selected by Ceylon Electricity Board to advise its staff on the flagship project of CEB on cost-optimal designs of medium and low voltage lines, application of coordinate-based systems to improve the conducting of surveys and data collection for areas yet to be electrified, to review and update the economic evaluation model used by CEB to rank the electrification projects in each village, to conduct a comprehensive baseline survey of a sample of 2000 households in the district, analyze the present status of reliability of the medium and low voltage networks, and to review designs of MV line routes and gantry designs. 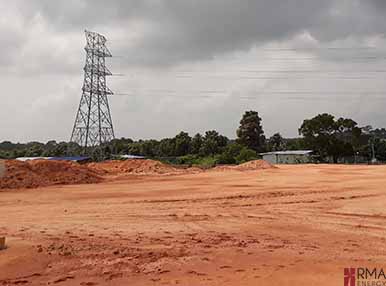 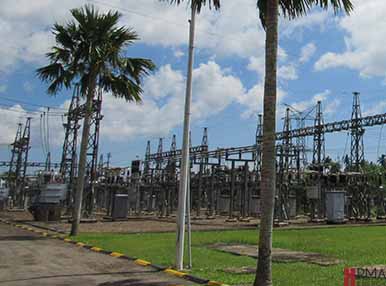 RMA was contracted by CEB to prepare the initial environmental examination documents for the upcoming National Grid Expansion Project to be financed by the Asian Development Bank. The project is for the upgrade of five grid substations to absorb small hydroelectric power generation, presently being rapidly developed by the private investors under the small power purchase scheme. While the small power development projects are being supported by the World Bank’s RERED project, the ADB has come-up with finances to strengthen the grid to absorb power from such renewable sources. The transmission project also includes upgrading of eight other grid substations, four new grid substations and five new transmission lines.

RMA prepared the IEE and the resettlement plan for CEB, which was then reviewed by ADB and accepted as compliant to ADB guidelines. The transmission project is presently being implemented. 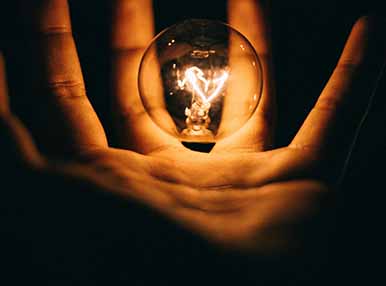 RMA was assigned to conduct the power sector analysis of the Public Expenditure Review (PER), covering the following two areas in the electricity sector of Sri Lanka.

(a) Subsidy beneficiary incidence analysis
(b) Benchmarking the efficiency of Ceylon Electricity Board (CEB), the national electricity utility

The study examined the flow of subsidies into the electricity sector from the rest of the economy by way of direct grants, investment tax concessions, concessionary loans, rescheduled loans, debt moratorium and fuel tax concessions. The study then examined the flow of such direct and indirect subsidies to the customers, particularly those who are the most disadvantaged, by way of limited access to electricity. In conducting this study, the economic and financial costs of electricity was calculated using marginal costing and revenue requirement methods, and the subsidies as well as cross-subsidies to each class of customer were estimated for year 2005. The calculation of marginal costs were done using CEB’s generation planning models, and the outputs of transmission and distribution planning models.

Another component of the study was the benchmarking of the performance of Ceylon Electricity Board. CEB has long been a successful state-owned utility, but since 1999, owing to its inability to implement cheaper generation projects, and the electricity prices not keeping pace with the increasing costs, CEB has been reporting losses. The study benchmarked the technical and financial performance of CEB against a more successful utility in the Asian region to learn the strengths and weaknesses of the approach of managing CEB, and set guidelines for its future operations. 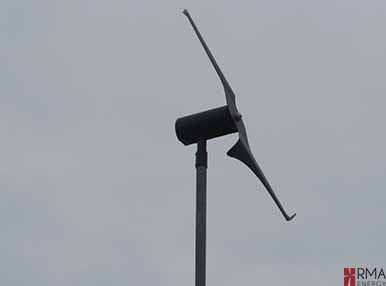 Nearly 40% of Sri Lankan households do not have access to electricity supply through the national grid. Many of them are located in rural areas where the grid extension is often found to be uneconomical. This is primarily due to the low energy demand in most rural households coupled with the high cost of extending and maintaining the grid supply lines.

In 1998, Intermediate Technology Development Group (ITDG) launched a project to develop a small battery charging wind generator, which could cater to the needs of rural households. Design and development of this machine was contracted to RMA.

In June 2000, the first prototype was fabricated and subjected to a rapid assessment of the performance of the rotor and speed control system using the technique of Controlled Velocity Testing (CVT). This was performed in Ussangoda, a flat open tract of land overlooking the southern coast. A wind data logger and digital power monitoring meters were used to collect the data. The system consists of a two bladed wind turbine that drives the 200W Permanent Magnet Generator (PMG) of “air gap type”. AC supply from the PMG is rectified and used to charge the battery. The battery supplies AC electricity to the household through a 400W inverter.

The prototype machine is now running in a southern village called Andarawewa, Once the testing phase is completed, RMA will develop the production model and train local workshops in the manufacture of this wind turbine. 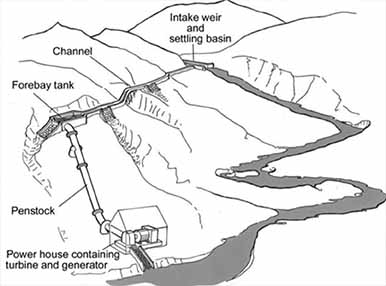 Development of small hydropower in Sri Lanka dates back to early part of the twentieth century. It is estimated that nearly five hundred small hydro plants with a combined capacity of about 10 MW had been operating in the plantation sector in Sri Lanka during the first half of the century.

In 1993 CEB authorized the grid connection of small hydro plants, and since then, small hydro development started gathering momentum as a newly emerging investment opportunity for the private power sector. Total small hydro potential in Sri Lanka is estimated as 200MW to 250MW.

For the long term sustainability of small hydro development, it is necessary to build the local engineering capacity in such areas as, feasibility studies, design, & construction and O&M etc. Intermediate Technology Development Group (ITDG) – Sri Lanka, a non-governmental organization with international reputation, realized this need and carried out several national training courses to build the local capacity in small hydro power.

In 1999, UNDP/GEF funding was made available by the Ministry of Irrigation & Power to ITDG to conduct two more training courses in this sector. ITDG selected RMA to design and implement these two courses.